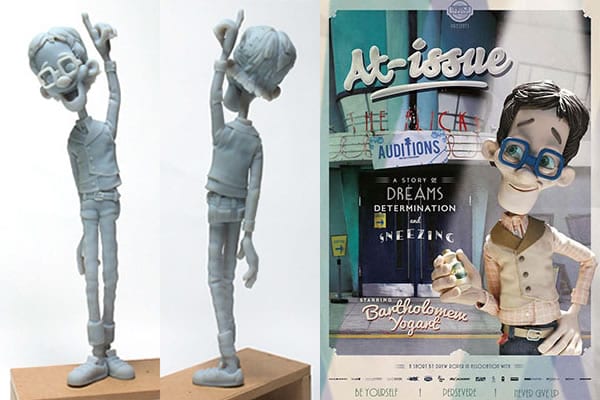 “Central Scanning have been extremely helpful in helping us create elements for our short film, ‘At-issue’. Due to a mystery ailment, Bartholomew, our lead character, magically transforms not only from a stop-motion puppet into a 2D hand-drawn character, but into a CG version of himself also!

To ensure that the CG Bart looked as accurate as possible to the puppet version, we decided the best way was to have Bart 3D scanned. We approached Central Scanning as they are a local business in the West Midlands, with an impressive portfolio. In addition we wanted a printed version to use for promotional purposes once the film was launched. The 3D print was incredibly detailed, and a perfect replica!

We can’t thank Nick and the whole team at Central Scanning enough for their time, generosity and enthusiasm for our project. We will be sure to use Central Scanning for future animated projects.”